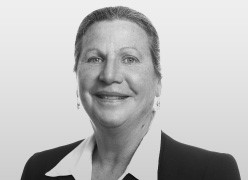 Di is a Special Advisor to Steople based in Canberra. Following on from her 33 years’ service in the Australian Defence Force Di has a deep knowledge of leadership, logistics, training and operations, and is keen to work with Steople to foster the environment in which future leaders can prosper in their chosen field.

Commencing her military career as a Logistics Officer, Di was promoted through to the rank of Brigadier and served overseas on deployment on three occasions. She has commanded at every rank and in 2013 was appointed as the first female Commandant of the Royal Military College, Australia. Throughout her time in the military she relished her leadership and mentoring roles, especially those involving her time in interagency and international teams.

In 2003 Di was appointed a member of the Order of Australia, and was subsequently awarded the Conspicuous Service Cross for her service in Joint Operations Command in 2012 and a Commendation for Distinguished Service in 2014 for her time in the Middle East.