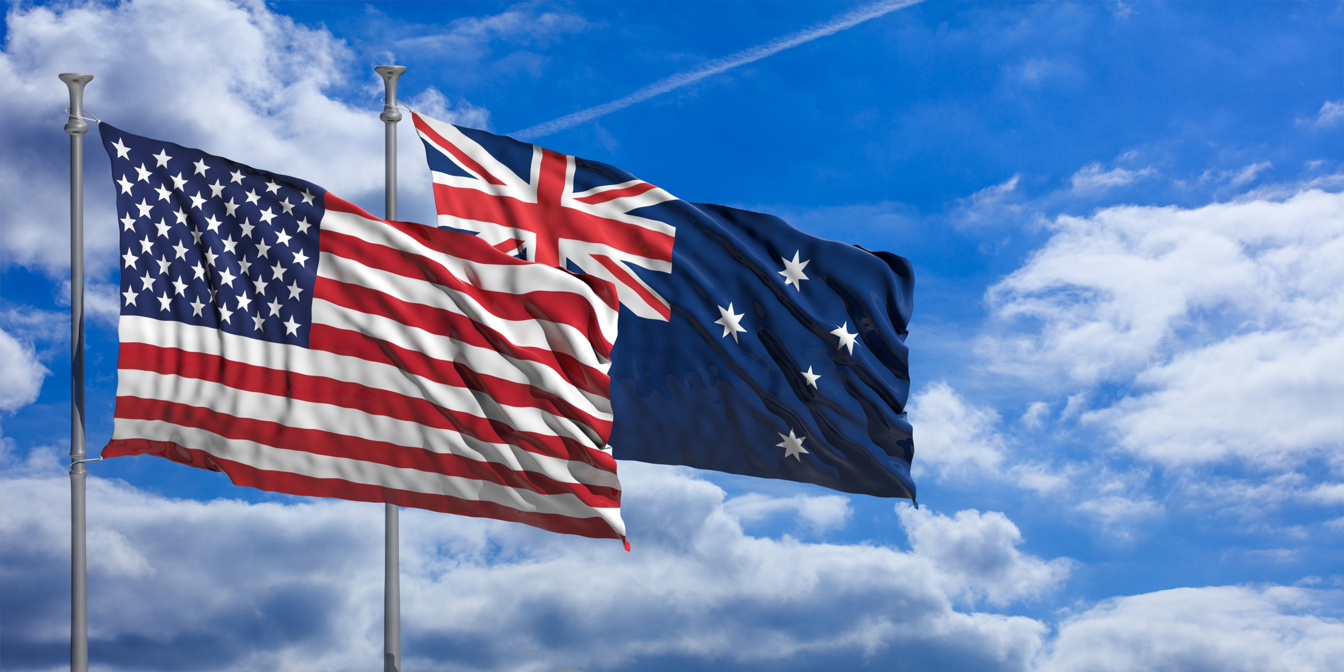 Bum Bags and Fanny Packs (Part 1); How USA and Australian cultural differences play out within organisations

At the bottom of the first bottle of Shiraz, dinner conversation turned to the quirky differences between US and Australian use of the English language – braces vs suspenders, thong vs G-string, aluminium vs aluminum, eraser vs rubber, John Doe vs Joe Bloggs, and a whole lot more. We laughed and ordered more wine before getting into the awkward business of sorting bum bags from fanny packs. This was one of our Global Executive Team off-site meetings in the beautiful Yarra Valley, Victoria, in the pre-Covid days of international travel.

The cultural diversity that has come with growth, now including operations in the USA, NZ and Australia, has enriched us greatly and made Steople a better organisation. But there are also unexpected moments that remind us we are formed from similar, but not the same, cultural moulds (or molds as the case may be). 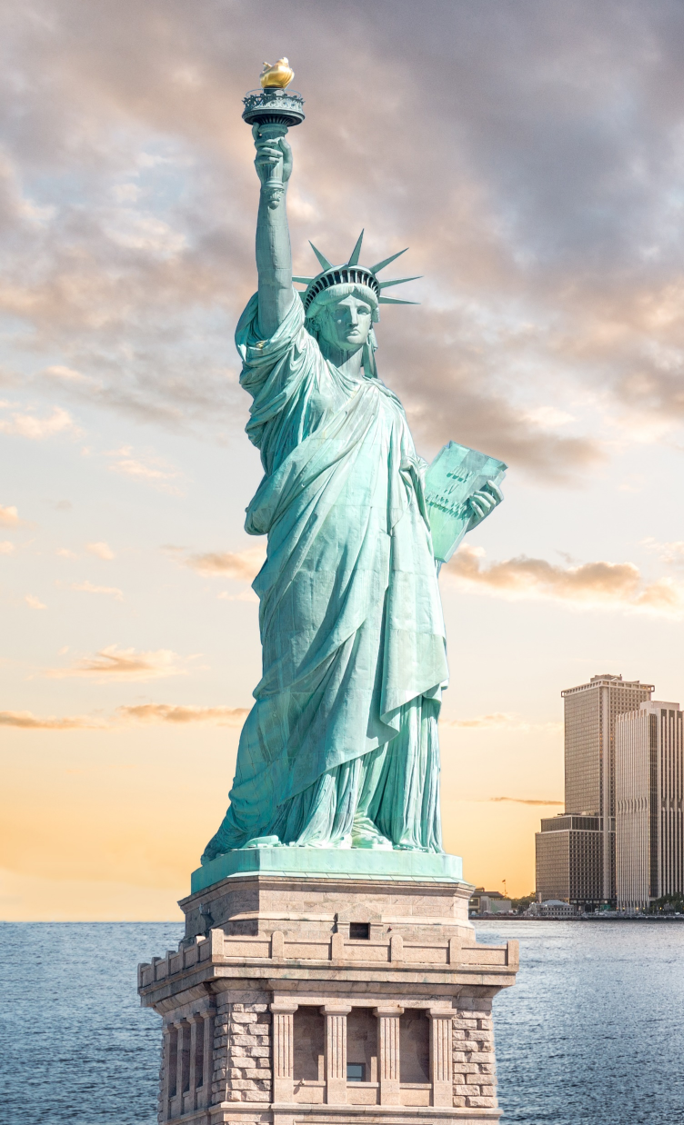 We have now moved beyond discussions of idiosyncratic language differences. As we would encourage our clients to do, we have developed a Team Charter to help create shared clarity in terms of how we agree to interact and behave with each other. To truly live our Team Charter, build psychological safety and achieve high performance, we regularly invite feedback from one another and encourage open, honest discussion.

In the process of providing regular coaching support to each other, cultural differences around common courtesy recently emerged. While working through our own potential misunderstandings, we reflected on how we had observed the interplay between national and organisational cultures, during our combined decades of working closely with global clients. Even with the best of intentions, we have seen comments and actions get lost in translation. These cultural gaffes can be humorous but sometimes they cause hurt, offend or frustrate others, potentially diluting critically important trust.

In this paper we will mainly focus on the cross-cultural differences between the USA and Australia, but learnings from a deeper dive into these national cultures, and how they play out within organisations, can be applied more broadly to avoid potential missteps in any cross-cultural environment.

Our discussion of US and Australian national cultures is designed to provide useful context. It is not an exhaustive examination of all factors and nuances that shape a nation’s culture. 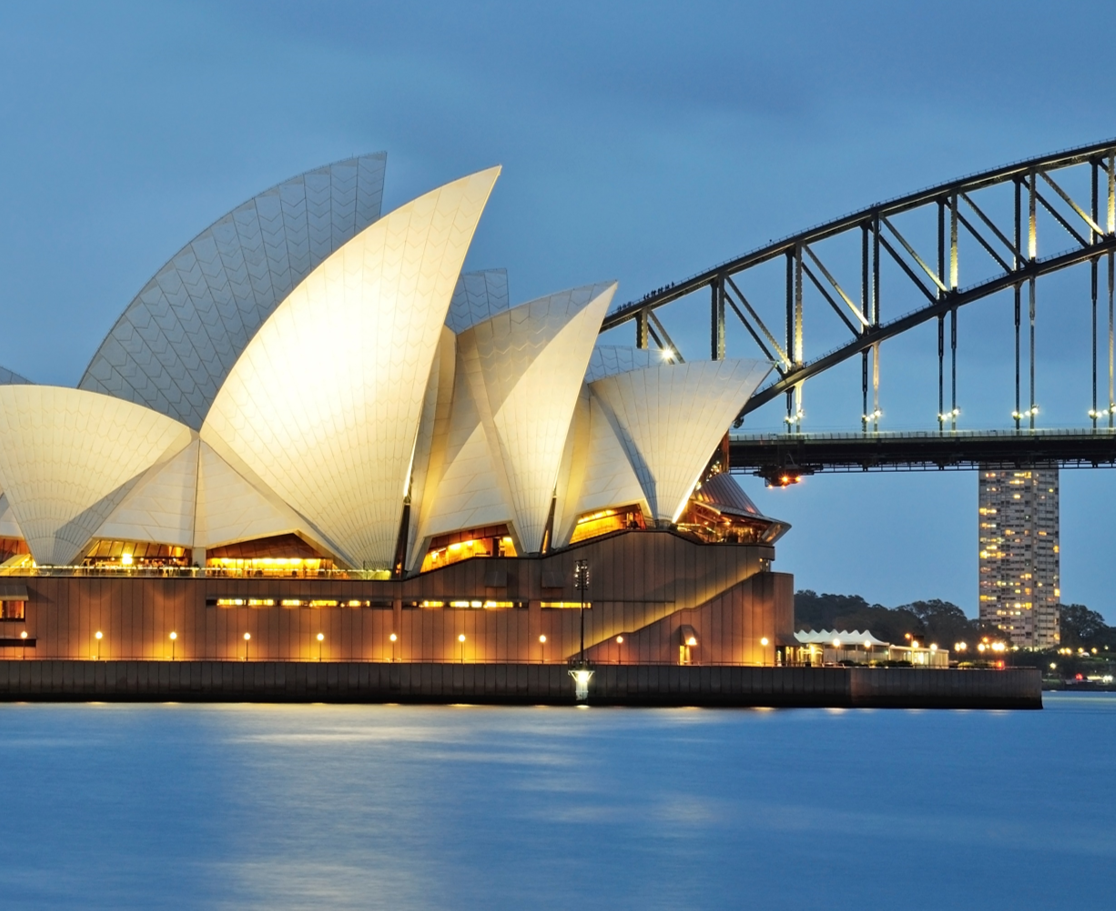 In Part 1, we will take a look at the big contextual picture which shapes US and Australian national cultures and permeates organisations that call these countries home. In Parts 2 and 3 we will discuss, in more detail, examples of how cultural variance reveals itself through differing views and behaviours.

Before we embark on Part 1 of this exploration of modern cross-cultural contrasts we want to acknowledge the indigenous cultures that existed in what is now the USA and Australia, long before colonial influence shaped both countries, and which continue to proudly exist today. 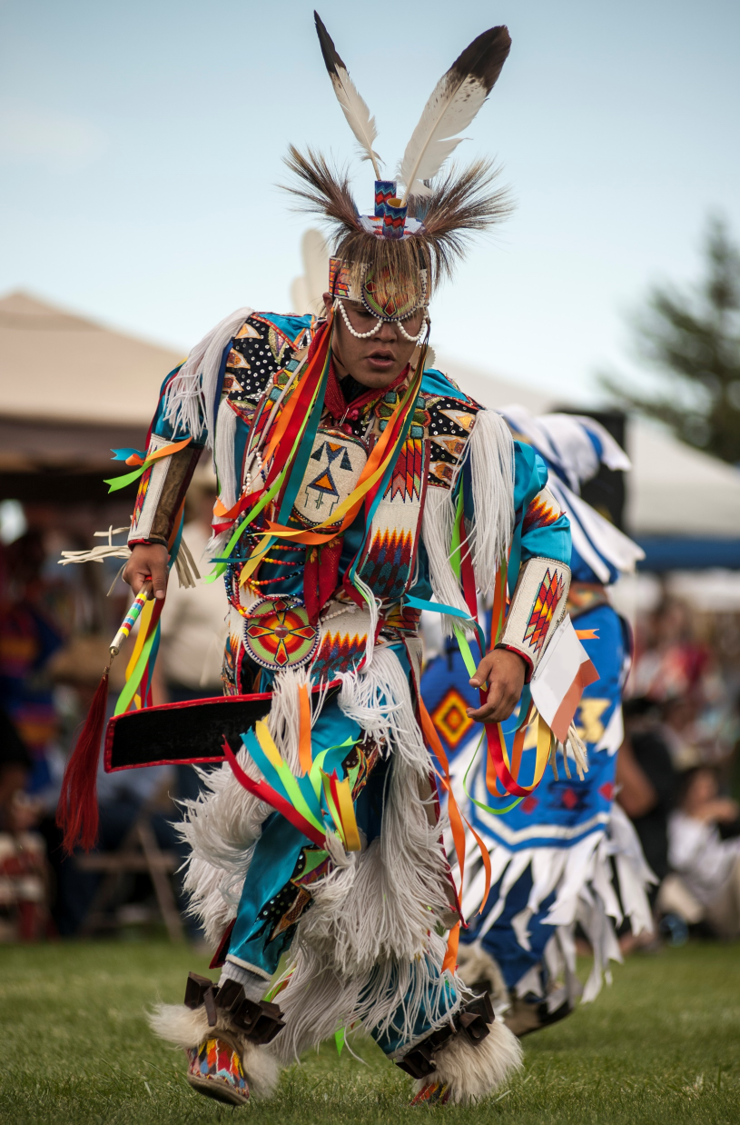 So where to begin? Anthropologist James Downs defines national culture as “a mental map which guides us in our relations to our surroundings and to other people.” Our mental maps lead to differences in expectations about behavioural customs, beliefs, etiquette and civility.

Any discussion of national culture involves a large degree of generalisation and runs the risk of tipping into unhelpful cultural stereotyping. Unconscious cultural bias runs within us all and for every collective cultural trait we can point to, there will be thousands of individual exceptions.

Unique markers are identifiable from country to country, but are often mythologised and over-emphasised in the stories we tell ourselves. For example, the idea that Australia is a country where everyone gets a fair go is most certainly stronger in the collective national psyche than it is in reality. Similarly, the notion that the USA is the land of the free where anyone can make it to the top is a powerful narrative that collides with the real-world lived experience of many Americans.

Although not always the case, there is a tendency to view the national cultural qualities with which we most align as being superior. This can result in us pumping up our own cultural tyres while letting the air out of others. 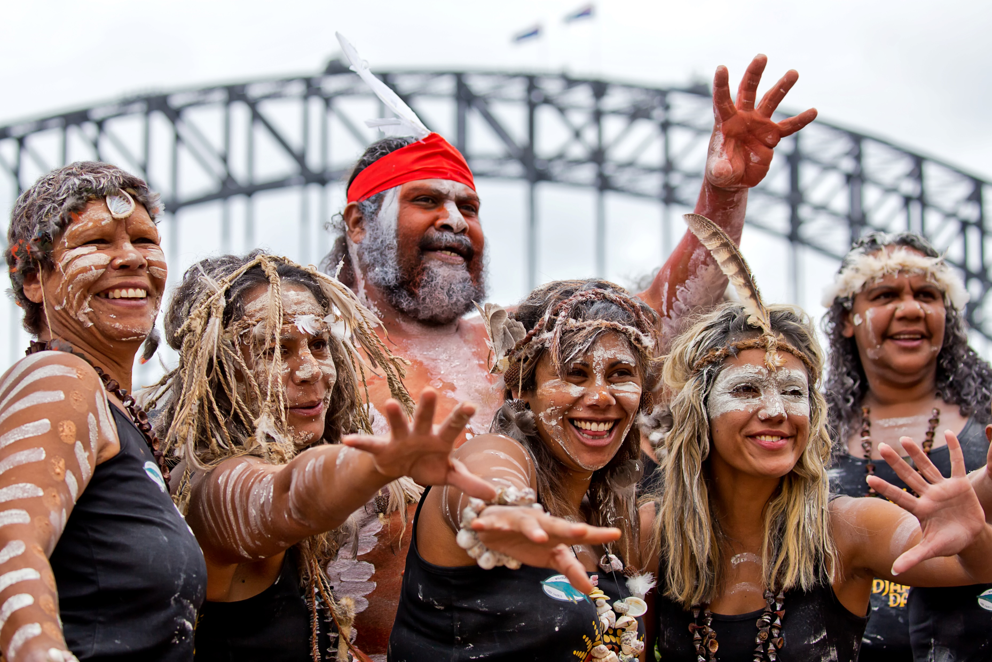 How a country’s culture is experienced is highly dependent on where we see ourselves positioned relative to mainstream thinking. Indigenous people in both the USA and Australia can have profoundly different experiences and interpretations of the mainstream cultures in their respective nations. Those perceived as not fitting in due to ethnic background, contrary beliefs or customs can, far too often, feel disconnected from and be disadvantaged by the dominant culture.

Notwithstanding the relativity of individual experiences, national culture can strongly influence the attitudes and behaviour of people within organisations. The experience of working with a French, Japanese, German, Chinese, Dutch, Saudi Arabian, American, Australian or any other nationally headquartered company can be very different, although, apart from obvious contrasts such as language and food preferences, it is sometimes challenging to meaningfully describe the differences.

“The way we do things around here”

Corporate culture, which is typically defined as the way we do things around here or shared values, norms and expectations, is substantially shaped by an organisation’s leaders who are, often to a large extent, the product of the national cultures in which they are immersed. This is particularly true in the formation stage of organisations where the beliefs and behaviours of leaders directly translate into corporate culture. In the early days, leadership influence pretty much is the corporate culture.

Over time, certain cultural attributes become embedded within the organisation, exerting influence independently of leadership presence. Level of formality, the manner in which work space is laid out, the way people interact with each other, what is said and what is not said, and a myriad other indicators convey certain messages about the nature of that culture.

American popular culture has been immensely influential and, although those outside the US may not always like to admit it, there is probably a little bit of Americana in us all. As consumption of all things American has increased since the Second World War, and the UK joined the European Union in 1973, Australia has arguably evolved to have more in common with the US and less in common with British colonial influences.

The USA has more pronounced subcultures than Australia, although they do exist in Australia for sure. In particular, East and West Coast cultures differ from Middle-American culture. There are substantial, uniquely African American and Latino cultures which share a great deal with mainstream America but also sit apart from it. 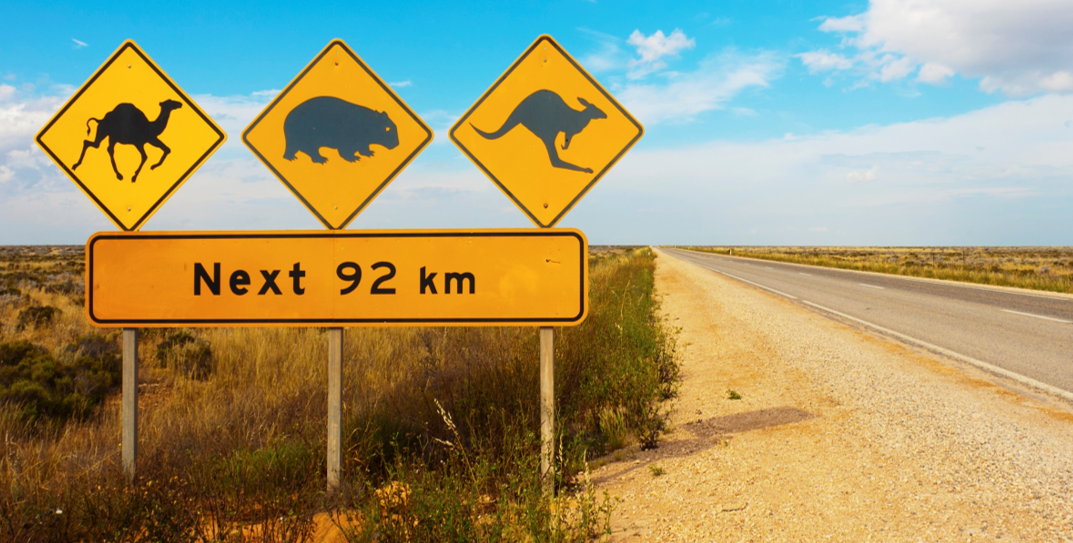 Colonial Australian and US cultures are each rooted in New World pioneering folklore of expansive lands, eking out a life against the odds and overcoming adversity. Both also forcibly displaced existing indigenous populations.

While sometimes contested, colonial influence in the USA is generally accepted to have begun with the discovery of America by Christopher Columbus in 1492. By the mid-1600s Protestants fleeing persecution in Europe had set up significant colonies along the Atlantic Coast. These early settlers brought strong Christian beliefs which continue to influence American culture today. The prevailing mental map that guides Americans’ relations to surroundings and other people has also been partially forged by the heavy hammers of revolution and civil war.

Discovery of Australia is usually credited to Captain James Cook in 1770. Despite the Dutch and French having visited earlier, and the Portuguese having mapped parts of northern Australia centuries before, it was the arrival of the British First Fleet, in 1788, that kicked off colonial Australia. In contrast to the US, Australia was established as a penal colony, with convicts suspicious of, and in conflict with, authority from the very start. America also served as a penal colony between 1718 and 1775, when Britain transported an estimated 52,000 convicts to that part of the new world. But this historical fact has not influenced American national culture nearly profoundly as did convict transportation to Australia, where an estimated 165,000 offenders were shipped in between 1788 and 1868 (Gismodo, 2015). The split between those who identify with convict Australia (often Irish background) and those with links to Australian authority (often British background) is still identifiable in modern Australia.

Both countries are now truly multicultural. Waves of migrants have laid down customs and differences, one upon the other, to create nuance and diversity well beyond colonial beginnings. Neither Australians nor Americans are a homogeneous bunch.

Notwithstanding the similarities between US and Australian cultures, there are significant differences that manifest in particular ways. Whether inside or outside organisations, the similarities can sometimes obscure cultural landmines that we only become aware of after we step on them.

Both the USA and Australia are considered individualistic societies, where people are expected to primarily look after themselves and their direct family. However, individual freedoms and the importance of the individual carry greater emphasis in the US than Australian culture. Individual freedom is important in Australia but asserting individual rights, at the expense of the collective good, tends to be viewed critically. This subtle difference permeates both national cultures and the organisations that call each country home. 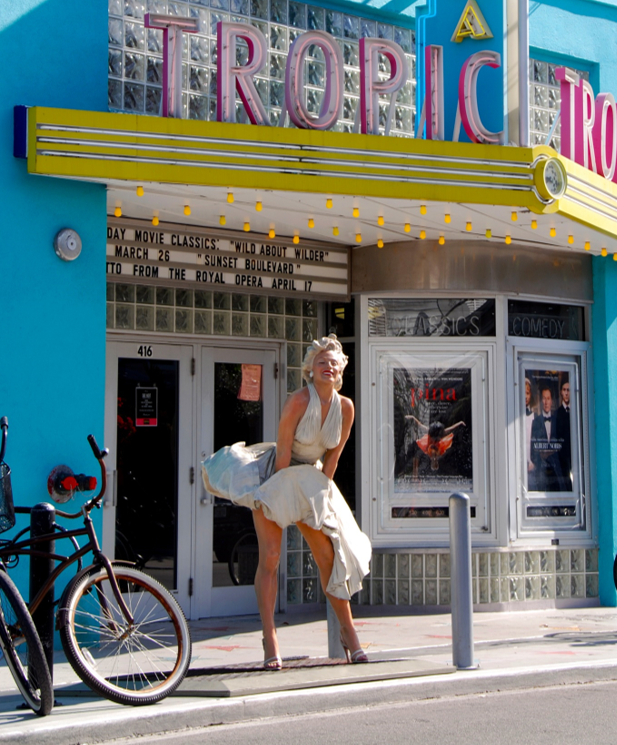 For example, compulsory voting would likely be seen as an imposition on individual freedom to choose in the US but is accepted and embraced by the majority of Australians. Politics aside, the State of Victoria’s willingness to endure extended lockdown, social distancing and wearing masks to combat the spread of Covid-19, is in contrast with what happened in much of the US during the pandemic, where civil libertarian sentiments strongly clashed with attempts to control the spread of the virus. Most Australians more or less agree that it is worth paying a Medicare levy that provides high-quality public health care for all, including those who can’t afford to make financial contributions. By contrast, universal health care remains a vexed topic in the US.

While over-played in the mythology of Larrikin Australia, Australian culture does seem to have a bit of a built-in social leveller that the US does not. The Australian Tall Poppy Syndrome could not contrast more starkly with the USA’s entrepreneurial drive and unabashed celebration of individual achievement. There is a tendency to downplay those who have gained significant wealth or prominence in Australia, particularly when there is a perception that it hasn’t been earned. In the US, wealth and prominence are more likely to be lionised.

Wells, Haslem and Mayhew (2018), in their article, Australians and Americans Doing Business: The Culture Battles, suggest that Americans have a high drive to succeed, take risks and think creatively, which, when combined with a strong entrepreneurial spirit, can spur on human endeavour and innovation.

Bryant (2018) wrote about 15 Cultural Differences between USA and Australia and suggested that Americans value showmanship and the heavy sell, with an explicit communication style that is often seen by Australians as over the top and even disingenuous. US companies often position themselves as the biggest, best, number one or most innovative, just as the USA itself boldly projects its number one status to the world. To Australians, this can come across as hubristic spin. In the eyes of Americans, Australians may lack enthusiasm or commitment, and fail to aim high enough to drive outstanding performance.

American individuality tends to revel in the spotlight. At Steople we experienced this directly when filming content for our website. A US colleague who was directing the production process, urged ‘more energy’ and encouraged us to ‘pump it up’. While rising to the challenge, the Australians struggled to match the effortless grace with which our American colleagues were able to work the camera and put themselves out there.