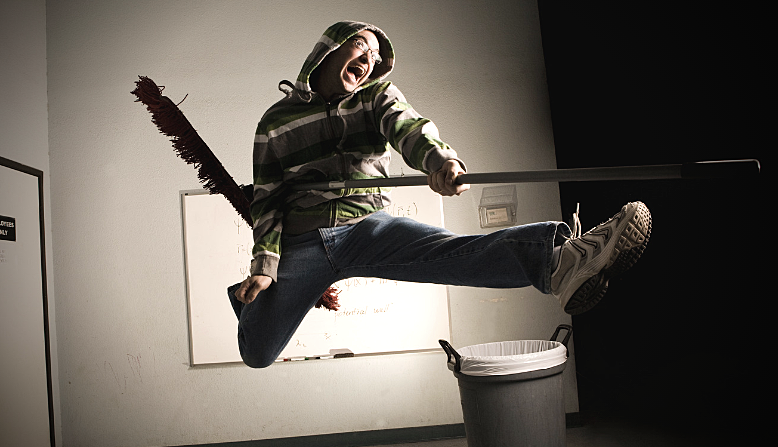 Treat the Janitor with the Same Respect as the CEO

Last week I was on a Zoom coaching call with a CEO and we began to discuss core values. We didn’t start out talking about core values, but when this leader recounted various conversations she had with people in his organization core values became evident. She is from the east coast, highly task-driven, and extremely intelligent. When she promises something or is contacted by people in the organization she feels it is her duty to respond appropriately to requests in a timely fashion. ..or listen when there are issues…or deliver on what she said she would do. However, people within the organization don’t always reciprocate. She relayed times that she would sit in meetings with a tack in her hand trying to contain her frustration. Being at a loss of how to embed in the culture the same treatment she had shown. Feeling as if she wasn’t quite up to this leadership task and feeling like she wasn’t driving the intended culture in an efficient way. This is where core values came into play and the fact that the reason it was so upsetting is that “respect” was clearly one of her core values. Not in a hierarchical kind of way. She treated everyone the same – priority didn’t rest with the Executive Team it was distributed all the way from her team to the person who cleaned the floors at night. No exceptions. When people didn’t give her that in return a very important core value was being dismissed.

Over the past 15 years, I have worked with both individuals and organizations in understanding, owning, and communicating what their unique core values are. Invariably, respect rises to the surface and is considered at the top of the list by most. What does respect mean? In Webster’s Dictionary, it is stated as “a feeling of admiration for someone or something elicited by their abilities, qualities, or achievements”. When speaking on core values, I often tell people that if there is an event that directly goes against their values (values conflict) then, typically there is an over exaggerated reaction (generally a trigger of anger) because values are actually being stepped on. Keep in mind that the opposite of respect is disrespect which is “low regard or esteem for someone or something”. The key is becoming very self-aware of your own impact so that you don’t inadvertently negatively impact someone by stepping on the value of respect while also understanding that the reason you may be having an “overreaction”, similar to the story above, is because your values aren’t being honored either.

Now, for me, respect is high on my list of values…so if you want to fire me up, be disrespectful of others. I witnessed recently in a TSA line at the airport – surprise, right? But it’s not what you think – it was actually a passenger that was disrespectful of a TSA agent who was just trying to do their job. There I was at 5:00 a.m. in the morning, before my first cup of coffee, getting myself worked up about this little word – respect – and having to “go to bat” for the TSA agent. To me, there is value in every single person’s job and no one is entitled over another.

So why am I even bringing this subject up? According to a study on the price of incivility reported by Harvard Business Review, employees who experienced rude or disrespectful behavior at work intentionally decreased their work effort, spent less time at work, decreased the quality of their work, and felt less committed to the organization. As one of my favorite quotes says “Leaders bring the weather”. You as a leader in your organization need to have a firm understanding of respect and, if it is important to you, cultivate a culture of respect in your organization.

Two Types – Owed and Earned
When you ask workers what matters most to them, feeling respected by superiors often tops the list. Turns out there are two types of respect. The first one is owed respect. This is simply the way that people are treated with a level of civility, with basic regard that is professional, and that is decent. The second type is earned respect. Earned respect is something that’s recognized as valued achievements, valued attributes of a particular person that gives them a chance to be unique, to stand out in a positive way.

Those two types of respect meet different universal needs that we have. Owed respect, when you receive that, it helps you to feel like you belong somewhere like you are accepted, where earned respect is much more about status; it’s about positive regard or positive recognition. Both are two basic drivers and needs that most humans share. This fact tells you how important this subject is to your work culture.

You Need Balance
Something to ask yourself as a leader is are these two types of respect balanced in my organization? If it is out of balance the following symptoms might be present in your organization:

An imbalance can create frustration for workers. For example, workplaces with lots of owed respect but little earned respect can make individual achievement a low priority for employees, because they perceive that everyone will be treated the same regardless of performance. That could be the right mix for settings in which goals need to be accomplished as a team, but it risks reducing motivation and accountability on an individual level.

By contrast, workplaces with low owed respect but high earned respect can encourage excessive competition among employees. That may serve a purpose in environments, such as some sales forces, where workers have little interdependence or reason to collaborate. But it could hinder people from sharing critical knowledge about their successes and failures, and it often promotes cutthroat, zero-sum behavior. When they understand these nuances, leaders can craft an environment that is right for their situation—in most cases, one with high levels of both kinds of respect.

Three Actions You Can Take to Embed Respect

1.Establish a Baseline of Owed Respect
Every employee should feel that his or her dignity is recognized and respected. This is especially important for entry-level workers. In a study of being valued or devalued at work, many hospital cleaners described seemingly subtle cues that prompted them to feel that their worth was enhanced or diminished. Some cleaners were never acknowledged by other staff members, making them feel invisible or as though they were looking in on hospital operations from the outside. Others reported a boost in energy and worth from a doctor simply greeting them or holding a door.

Take a moment to consider whether your professional status is keeping you from perceiving a gap in respect and note that simple acknowledgment or praise from a leader is often enough to make an employee feel valued. People in the organization are watching you and will take cues from your behavior.

2.Customize How To Convey Respect in Your Own Culture
We can all shape an environment where colleagues reinforce respectful cues and make social worth a day to day reality for one another. Research points to specific behaviors that convey respect, such as active listening and valuing diverse backgrounds and ideas. For leaders, delegating important tasks, remaining open to advice, giving employees the freedom to pursue creative ideas, taking an interest in their non-work lives, and publicly backing them in critical situations are some of the behaviors that impart respect.

Pay attention to norms about how to convey respect, they may vary, even from department to department within one organization. Be sure to be authentic and have a sincere desire to connect, listen, and trust your team. Ensure that respect is not aspirational but is one of your most dearly held beliefs in the culture.

3. See Respect as a Time Saver, Not a Time Waster
Conveying respect doesn’t necessarily come at the expense of critical tasks. Christine Porath, author of “Civility in the Workplace” calls lack of time for showing civility a “hollow excuse,” pointing out that respect is largely about embedding it in our normal interactions. It can be as simple as communicating in appreciative ways, being present to others, and affirming others’ value to the company. Still worried about wasting time? Dr. Porath estimates that dealing with the aftermath of disrespectful behaviors consumes seven weeks a year for leaders and executives.

Become very cognizant of how much time you are spending on relationships vs. tasks. Take initial first steps and slow down to build respectful interactions in your culture – remember 70% of the culture in an organization is driven by leadership. Being very explicit about what behaviors promote a culture of respect is key to making it the “norm” vs. the “exception.

Have a great week and let us know about this blog and any other topics you would like to hear from us on!